Anyone who visits the Trisoux cocktail bar cannot stop staring at the ceiling. A sea of spruce wood forms into a unique wave growing out of the ceiling over the guests’ heads. Architect Martino Hutz used three kilometres of wood to build the 6,400 smoothly polished blocks. His fascinating ocean of stalactites feels like upside down waves on the high seas and transports visitors into an underworld of enchanted grottos and mystical caves, scenically lit with moss on the walls and planted with ferns. Almost no one realises that complex geometries based on programs and algorithms underlie the wooden undulation. That's because the inviting spatial concept is the result of parametric planning.

The architect of the Munich bar has been working with this digital design methodology since his university days in Vienna, where he attended a master class taught by Zaha Hadid (1950–2016). Hadid – the architect, architecture professor and designer – is considered the grande dame of modern architecture. The British woman with Iraqi heritage developed a new architectural design vocabulary and created spectacular buildings all over the world. Together with pioneer Patrik Schumacher, she promoted the art of parametric design.

The idea behind it: The points on a geometric structure are not fixed. Rather, they have flexible values. Regardless of how many parameters and design steps are associated with a point, if this single point is varied, everything else shifts and adapts to this change. These kinds of complex scenarios and variations would be unthinkable with traditional design planning. For that reason, parametric architecture only became possible through progress in information technology. The linchpin is the parametric design which is based on scripts – a script is a list of commands.

"Ultimately, every geometry must be scripted when it has more complex dimensions," explains Martino Hutz. His double-curved ceiling installation would not have been possible without digital tools, either. The architect from Copenhagen primarily used Rhinoceros, a computer-aided design program, for the ceiling along with the Grasshopper plug-in designed for it to link geometric objects and parameters. But which parameters are key for an extraordinary bar experience?

A spatial experience programmed from A to Z

Hutz determined it with the help of a digital crowd simulation. "I experimented with equipping individual people with more and more information, and simulated the behaviour of a large number of people in the room," explains the architect. Movement areas, quiet zones and points of interest were identified and optimised in this way. "I selected the ceiling as the central architectural element. That saves floor space and using wood as a building material creates acoustic and indoor climate advantages," says Hutz. The interplay of lengths between the wood segments was parametrically derived from the simulation data. "The installation is programmed from A to Z and guides guests indirectly and unconsciously," Hutz summarises. Thanks to the digital tools, the bar delivers a poetic and emotionally moving spatial experience.

This example of interior architecture gives a sense of how digital design works today. "But it encompasses only one small part of the immense possibilities," emphasises the architect. Back in 2008, Patrik Schumacher already declared parametricism a new architectural paradigm. The work of the architectural firm J. Mayer H. and Partner shows that the transitions between analogue and digital design planning can be utterly seamless. For each project, the firm decides whether analogue or digital tools would be better for the design process. In 2011, the architects created the Metropol Parasol, a widely acclaimed landmark for the city of Seville. The Rhinoceros CAD program was used to generate the complex geometry. A parametric façade model was used for the JOH3 apartment house completed in Berlin in 2012. 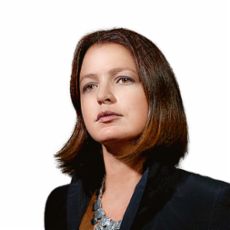 The comprehensive parametric model will radically change how our built environment is planned and constructed.

Visitors at this year’s annual German National Garden Show in Heilbronn can admire examples of cutting-edge architectural research. Researchers at the University of Stuttgart were tasked with building two experimental bionic pavilions. The scientists’ area of expertise: digital design and digital manufacturing. The applied planning, simulation and production processes enabled new design shapes to be developed. Furthermore, the principle of morphological differentiation was tested and robotic production utilised. Christoph Zechmeister, a research associate at the Institute for Computational Design and Construction, summarises the advantages of digital technology: "Through the enormous computing power of computers, we can model complex processes, digitally capture dependencies and interactions, and generate feedback loops in order to work across interdisciplinary fields." Anyone who thinks only of digitising conventional, analogue processes is failing to fully exploit the enormous potential for architecture.

Pleasing the eye, exciting the senses

Architects who master the art of parametric design are in a position to develop very unusual solutions that surpass the mere right angle. The work of Zaha Hadid Architects (ZHA) demonstrates that most impressively. Morpheus, a new hotel in the City of Dreams resort in Macau, opened its doors last year. The fluid forms are informed by Chinese jade carving. A series of voids is "carved" through its centre to create an urban window connecting the hotel's interior communal spaces with the city. According to ZHA, "it is the world's first free-form high-rise exoskeleton". Viviana Muscettola, ZHA’s project director, explains: "The comprehensive parametric model combines all of the hotel’s aesthetic, structural and fabrication requirements and will radically change how our built environment is planned and constructed.” For the investor, Melco Resorts, the Morpheus is "a journey of the imagination", that pleases the eye and excites the senses. The name of the architectural masterpiece therefore seems to be well chosen – in Greek mythology, Morpheus is the god of dreams.

More about these topics: